My last market conditions update was in May of last year. At that time, the market was red hot, which made me sound crazy for being more bear than bull. I couldn't explain why prices were rising so fast, and I had plenty of concerns about the downside.

The market has slowed quite a bit since then. Fortunately we haven't had a bubble-burst, but today's market seems more in line with the reality of the current job/income environment, where many people are still making less money than they did 5-8 years ago. Good, clean, well-presented homes with reasonable price tags are selling within a couple-few months, while homes which show poorly and/or are overpriced linger on the market.

Here are the charts..

Inventory is on the rise again, after falling to a level where there simply weren't any homes for sale in many neighborhoods last summer. 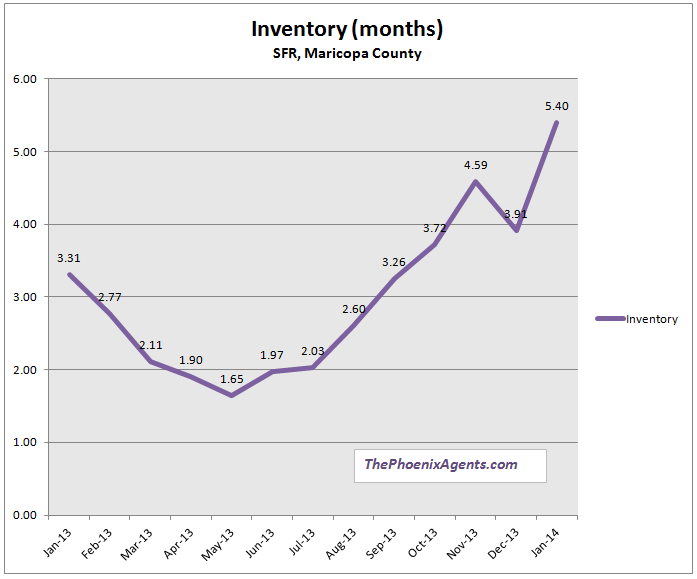 Inventory is defined as the number of months it would take to sell all the current listings (Active AND Under Contract but seeking Backup offers) at the current rate of sales (# of homes sold w/in the last 30 days.)

The general rule of thumb is that 4-6 months' inventory represents a balanced market. The concern here is that if inventory gets above 6 months, we'll be in a buyers' market, which means prices will start falling.

Active and Sold Homes - these are the numbers that make up the inventory. 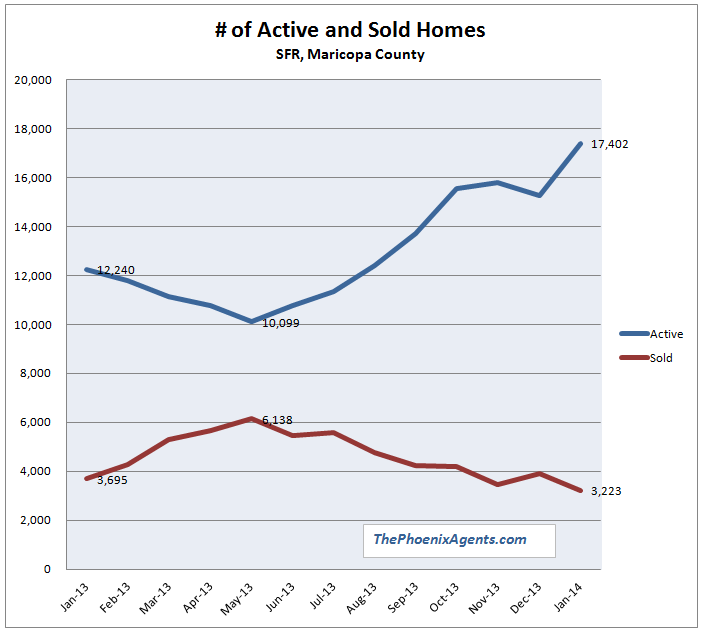 Notice last summer we had almost as many sales as active listings, but the gap between the two has grown steadily since then. And while our market is cyclical (hotter in the summers), comparing January this year to January last year shows how much we've slowed down.

Each month there are more people who want to sell their homes than there are actual buyers. This is creating a lot of competition among the sellers, and giving buyers plenty of homes to choose from within their price range and neighborhoods. 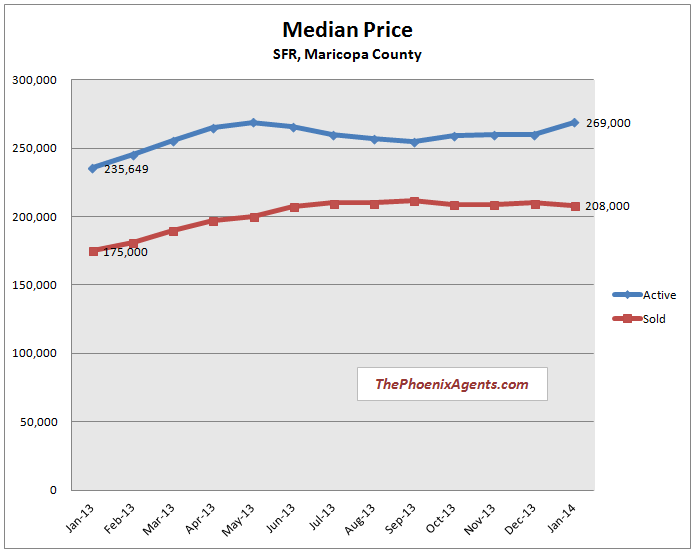 There are two things about this chart that jump off the page at me:

2.) The median Sold price has leveled off over the last 6-8 months, while the Active Listings' prices continue to rise. It looks as though the sellers haven't gotten the memo that the market has slowed down.

The market has slowed down, for sure. But so far it hasn't crashed. I am still firmly planted in the "bear" camp, or at the very least I'm not running with the bulls. I am hopeful we can watch the market move sideways for awhile rather than moving lower. Unfortunately I still have many downside concerns, and little to no upside expectations:


Overall, the charts aren't painting an optimistic picture, but so far they aren't showing us any reason to press the panic button either.

If you need to sell your house, go ahead and do so. (but please call us to help!) Just be prepared to put in some effort to make sure it looks as good as possible, because you'll have more competition than you probably want.

And if you're thinking about buying, great! You can lock in today's low interest rates, and take your time looking for just the right home. Then, as long as you can comfortably make the mortgage payment and you have longer term plans, you'll be fine - even if prices do dip a little bit from here.

Either way, I'd proceed, but I'd do so with caution.

Your "being honest and hoping you don't shoot the messenger" Realtor,