a detailed look at one non-HOA neighborhood

a detailed look at one non-HOA neighborhood


Last week I took a walk through an established neighborhood in North Phoenix, sort of between Paradise Valley Mall and Desert Ridge Marketplace. I saw mostly medium sized homes sitting on large lots, with wide streets, tall trees, and lots of quiet. But I also saw changes and customizations which were the result of not having a Home Owners' Association.

Imagine you lived on this quiet street - in a well-maintained, 3 bedroom, ranch-style home on a half-acre lot. 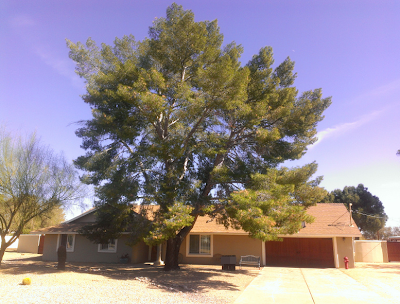 Now imagine this was your neighbor across the street: 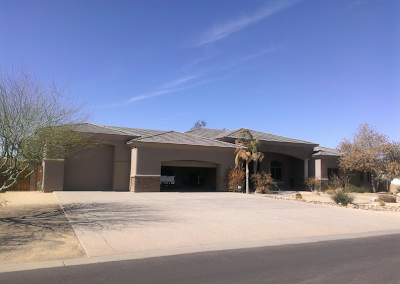 A large, modern-looking, stucco on frame home, which would fit in nicely in many of the newer high-priced areas around the city. But it looked grossly out of place in this neighborhood.

This home across the street from yours is most likely to cause either anger, because you don't want a modern style home in your ranch style neighborhood, or envy, because it's big and new and shiny.

But wait, there's more. Now imagine the home on the corner, a couple houses down from yours: 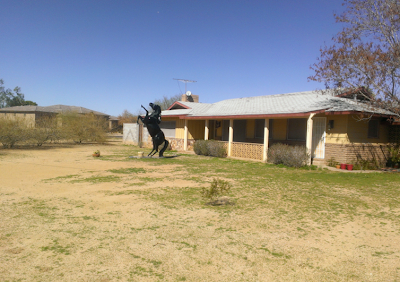 So many things going on with this house we'll need to look at it more closely. 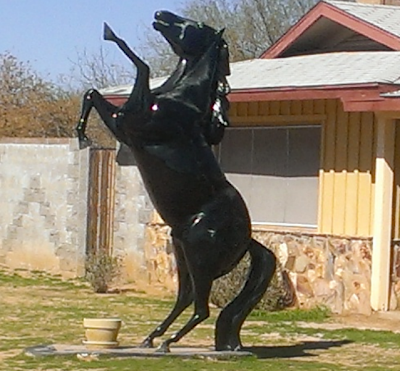 Yes, that is a giant statue of a horse in front of the house. Imagine driving by that every day on your way to and from work. But this neighbor is offering more than just this rearing beauty.

Which would bug you the most (not including the statue)?


At this point, I know what you're thinking - it's probably better to leave the neighborhood in the other direction, so you don't have to drive past these two neighbors repeatedly. Well, this article wouldn't be complete if the neighbors on the other side of your house weren't just as impressive.

Here's the neighbor on the other side of your house: 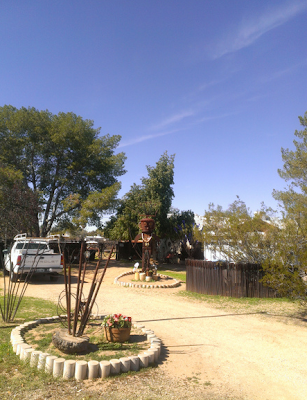 Let's take a closer look at his statue: 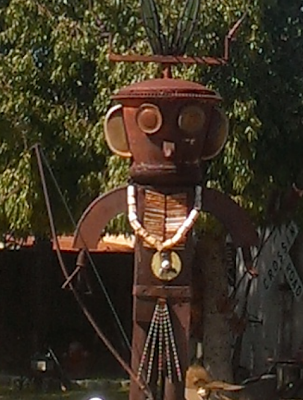 I'm not sure if that's a tribute to the ancient Mayans (or some other tribe), or if the homeowner just loves animated movies..? 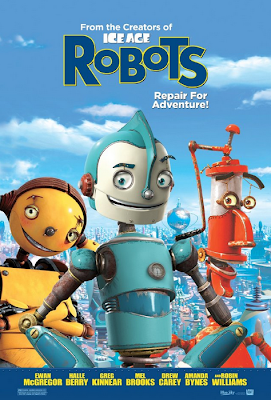 But there's more than just statues and robots. On the other side of this yard is a special treat for any neighbor who has arachnophobia.. 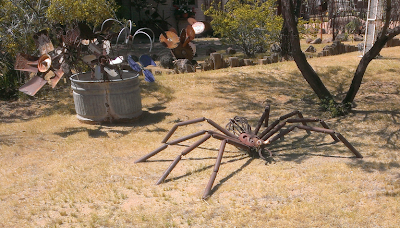 There are some great non-HOA neighborhoods out there. But there are also some neighborhoods that look a bit more eclectic. There's no right or wrong on this one - just different. Some people love neighborhoods where all the houses have a different look and feel. Others can't stand seeing one neighbor "bring down the neighborhood." Different strokes for different folks.

I've heard plenty of stories from people who are frustrated by their HOAs - tired of the the nit-picking, nagging notes, and less than equal enforcement of their rules. But, before you throw the baby out with the bath water, remember the goal of an HOA is to keep all homeowners' interests in mind. If you decide to forego the HOA and move to a non-HOA neighborhood, you might not have to deal with nagging letters in the mail, but you might have to deal with horses, robots, and spiders instead.