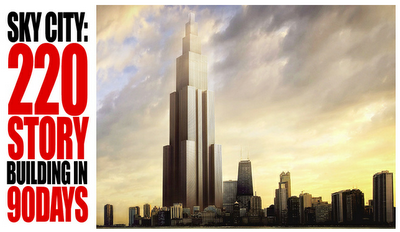 Let's look at some details:

Here is the Burj Khalifa in Dubai, currently the world's tallest building at 2,719 feet (including the gigantic spire at the top.) 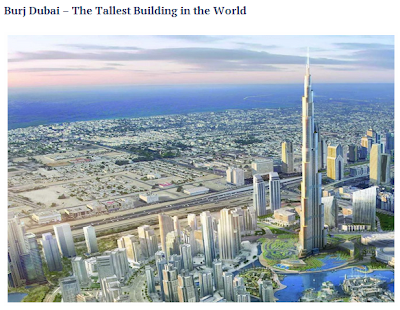 Here's how much taller the Burj is than other skyscrapers from around the world. 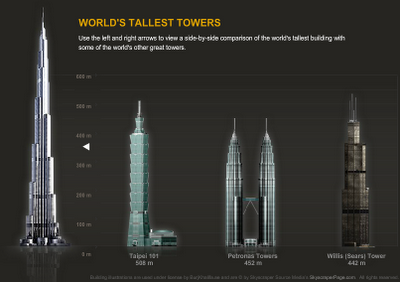 Sky City will be taller than the Burj, and without a spire. Wow.

The Burj Khalifa cost $15,000 per square meter to build, which equates to $1,394 per square foot. That sounds about right - architects, engineers, planning, zoning, steel, glass, concrete.. I'd expect the tallest luxury skyscraper in the world to cost a lot more than building a house.

The video loops through twice - you can stop it at the 2:45 mark. Also, here's the link - embeded videos don't always pass through feedreaders and emails..

I'm interested to see how this technology impacts the construction industry over the next decade. Faster build times, more precision, better insulation and efficiency, lower costs... All good things.