There’s a lot of construction in Phoenix. I guess this is probably true in most cities – maybe it’s just a fact of life, that they’re always building things, and then breaking them down to make them bigger.

Sometimes the construction is because the city is growing; other times it’s because they’re trying to make something better. The new Beardsley Connector offramp is one of these. No one can/will tell me why this wasn’t built as part of this section of Loop 101 when the freeway opened in the late 1990s, but at least now the City of Peoria is spending tens of millions of dollars to fix what seems like an oversight.

Most people in the NW Valley are excited about the new Beardsley Connector, as they’ll no longer have to drive 2 extra miles each time they enter and exit Loop 101. But it’s bitter sweet to the people whose neighborhood used to back to a large desert wash and will soon back to a large offramp and thoroughfare instead.

Here’s what the desert wash used to look like: 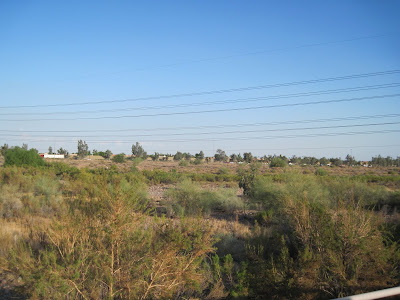 In October the city posted a notice of what was coming: 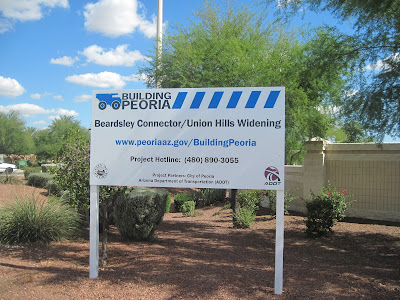 Next they started clearing & grading the paths (which my kids thought was cool.) 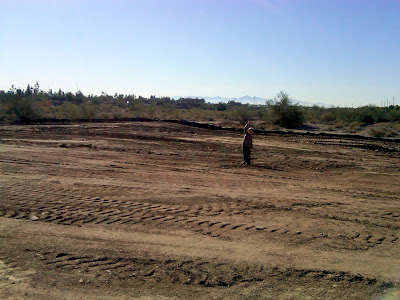 Yesterday I stopped to watch the construction work and was amazed by how much activity is happening at once – it was like a swarm of ants (humongous ants, mind you) working together through what seems like chaos. Pretty impressive, actually. 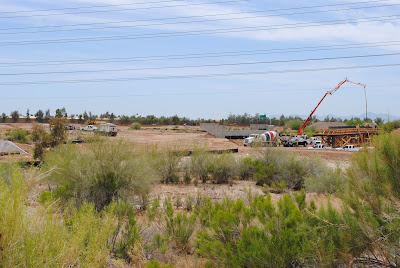 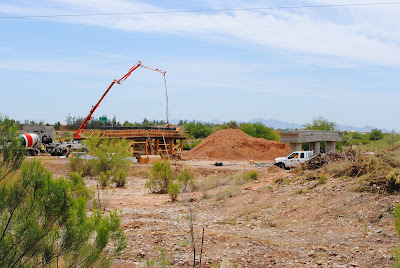 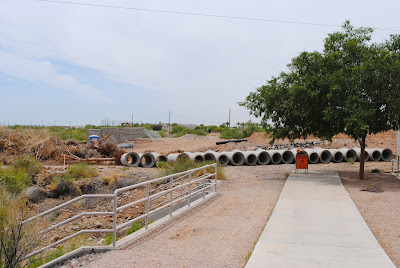 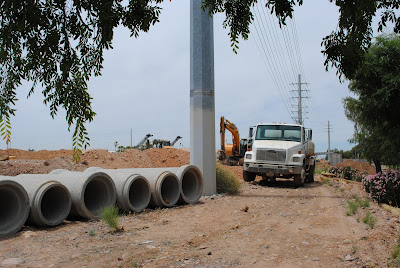 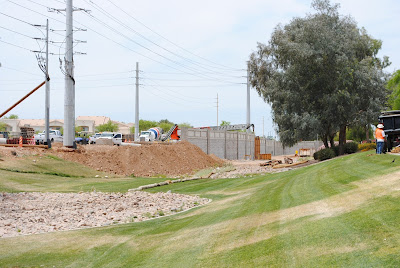 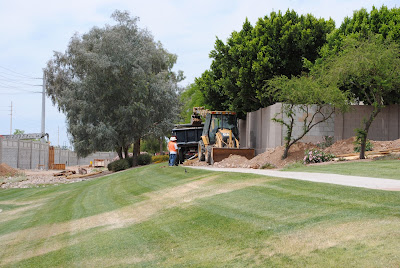 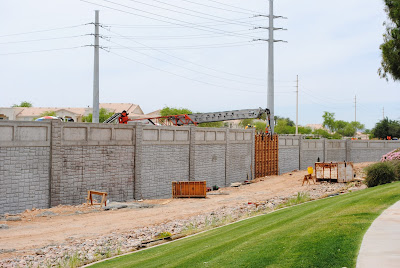 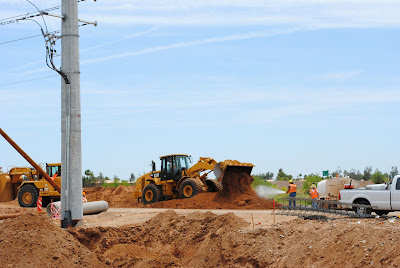 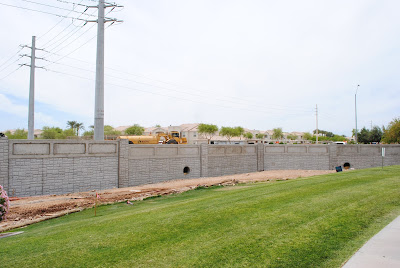 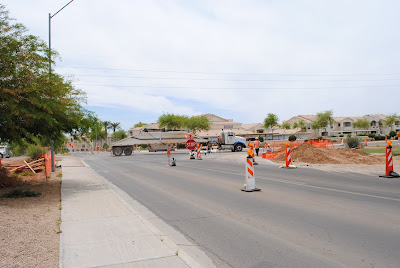 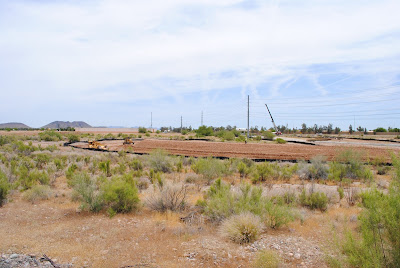