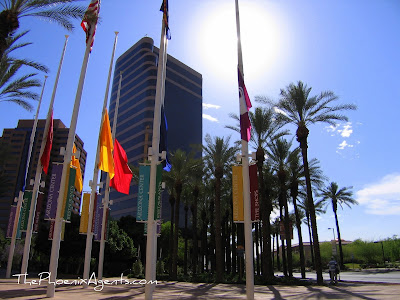 The Arizona Center was built out in the early 1990s as part of the downtown revitalization project which included the newly constructed America West Arena as the home for the Phoenix Suns. Arizona Center still exists today, although it never became the cornerstone of the downtown hub that was envisioned. My personal belief is that there wasn't enough middle-to-upper income housing nearby to support the high-end retail stores and restaurants. Maybe that's changing today with the construction of several lofts and condos nearby – hopefully Arizona Center will get a second wind.

Your hanging out downtown yesterday Realtor,